Woodall’s started life in 1828 when Hannah Woodall started selling traditional Cumberland sausages, bacon and ham to her neighbours in Waberthwaite, Cumbria. Throughout the decades, the family business grew until their products found a nationwide market.

Woodall’s has since woven itself into the fabric of British history, supplying early Everest summit expeditions, as well as featuring on the menu of the Titanic in 1912 and Concorde in the 1980s.

In 1990, Woodall’s received a Royal Warrant for the supply of traditional Cumberland sausage to HM Queen Elizabeth II. 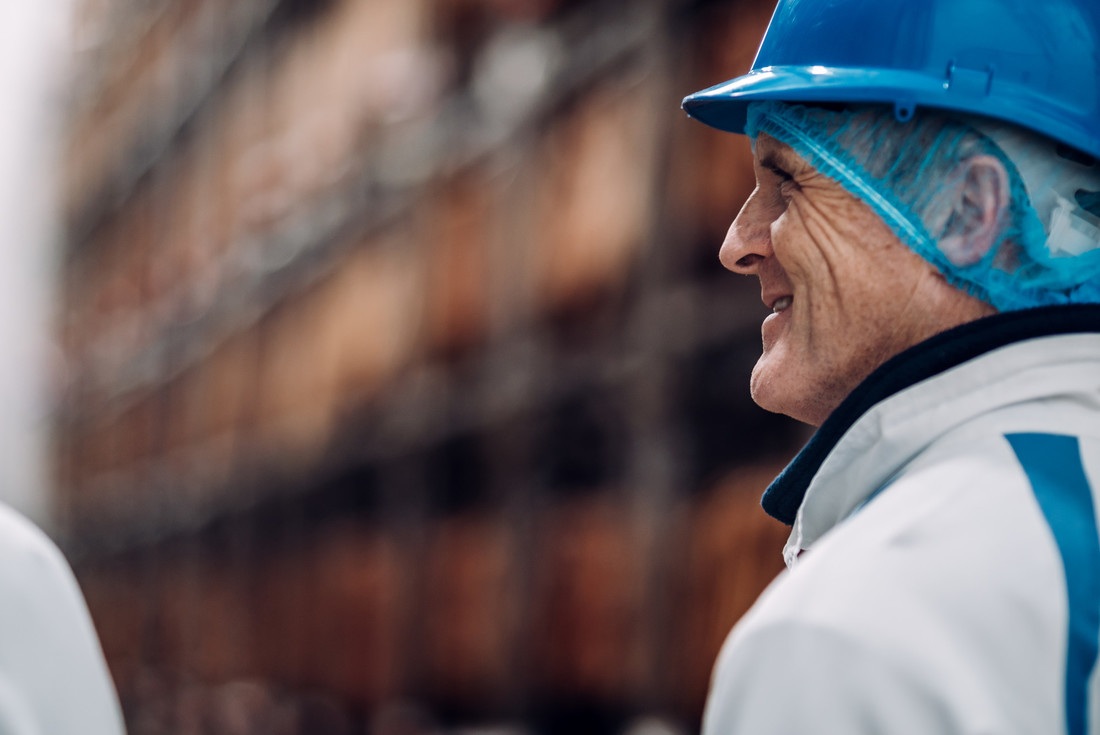 "A perfect cure requires the right time, temperature and skill"

A wealth of wisdom

Colin joined Cranswick in 2007. He brought with him curing expertise developed over the course of 180 years, along with the specialist cures used to flavour his famed bacon and gammons.

The techniques we use are based on traditional British farmhouse recipes. Back then, salting and curing pork to prepare and preserve it was a necessary ritual.

In the age of fridge freezers, dry curing and air drying meat is less of a necessity, but the result it delivers is unparalleled in flavour as well as improving texture.

Today, Colin remains involved in curing innovations at our Gourmet Bacon facility in Yorkshire. We continue to uphold his methods, along with his belief that a perfect cure requires the right time, temperature and skill.