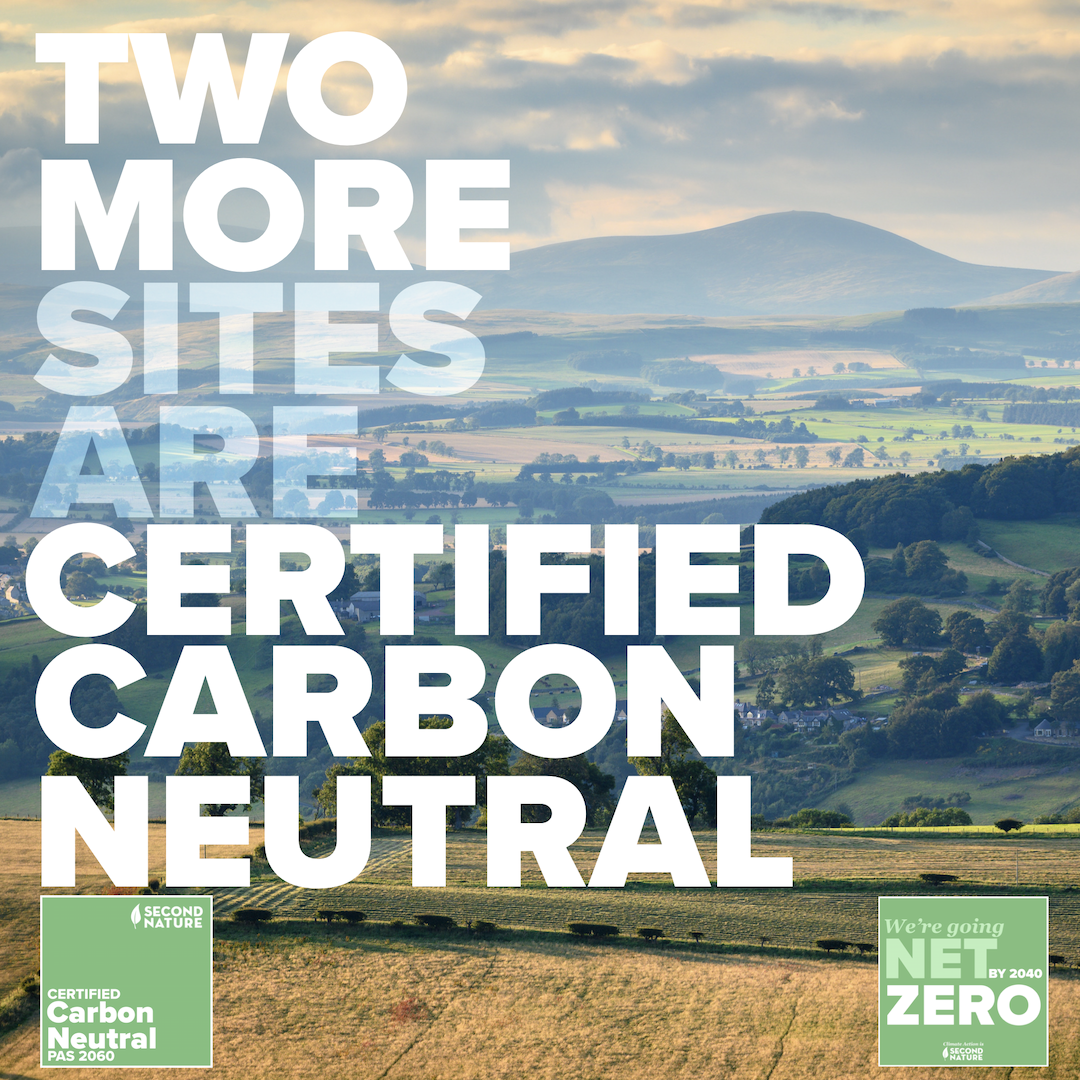 Following the announcement that Cranswick has joined The Climate Pledge, we’re delighted to announce that two further sites have now been awarded Carbon Neutral certification PAS 2060.

For both Cranswick Gourmet Pastry in Malton and Cranswick Country Foods at Riverside, Hull, to have taken their first steps in the journey to Net Zero is a fantastic achievement and a critical key milestone for us as a business. To help deliver this, both sites have invested in CPD certified training to further their climate knowledge.

From their baseline year in 2016, the team have reduced carbon emissions by 22% year-on-year on average up to 2020. That's a total of almost 1,300 tonnes of carbon. This has been mainly achieved by switching to entirely 100% renewable electricity, however, the site has also completed an LED lighting replacement project that continues to drive efficiency.

From their base line year in 2017/18 to 2019/20, energy consumption reduced on site by 6% while production increased. With the purchase of renewable electricity, the site has gone from 1,299 tonnes of carbon emissions each year to 291 tonnes.

Even with this drastic reduction, the site still produces emissions from refrigerant and natural gas, and the engineering team are working on a Net Zero plan to bring this down.

To realise carbon neutrality both sites have invested in high quality offsets, all of which are registered and validated by the two largest carbon bodies: Verra and Gold Standard (for the remaining 1,004 tonnes of carbon at Cranswick Gourmet Pastry and 291 tonnes at Cranswick Country Foods, Riverside).

These projects were chosen by the site teams to go above and beyond climate change by being aligned to specific UN Sustainable Development Goals (SDGs).

The three chosen projects for both sites are:

What’s next at Cranswick Gourmet Pastry?

The site has an approved emission reduction path which forms a key part of the PAS 2060 accreditation, including future reductions in F-gas from refrigerant and natural gas from heating and operations.

Two teams have been recruited – one focused on engagement and behavioural change across the workforce, alongside a Management Systems Team, focused on an emissions reduction mapping project across the site. This cohesive approach will ensure the right governance is in place to accelerate further progress.

The site has a robust, certified carbon reduction plan to reduce emissions, including a project to study the feasibility of heat pumps to replace natural gas. With ten CPD Net Zero accredited colleagues, the team is ready to engage the workforce to deliver positive behaviour change. This future plan is a fundamental part of the PAS2060 accreditation and commitment to the Net Zero by 2040 goal.