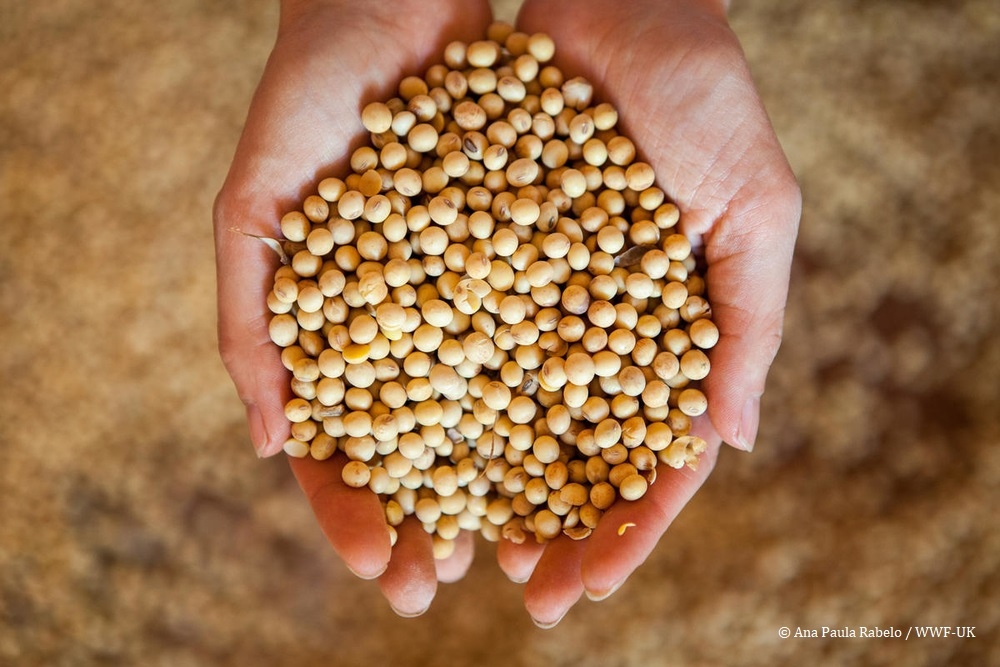 Cranswick has joined The UK Soy Manifesto, a collective industry commitment signalling a new approach to soy, enabling UK companies across the supply chain to step up and develop inclusive solutions.

UK industry leaders from 27 major businesses – all of the biggest UK grocery retailers, some of the largest meat producers, and food service companies and brands are united in signing the UK Soy Manifesto. This commits them to cutting deforestation and habitat destruction out of UK soy supply chains as soon as possible, and by 2025 at the latest.

Cranswick Chief Commercial Officer Jim Brisby spoke at the UK Soy Manifesto’s formal virtual launch today, Tuesday 9th November, where he was joined by signatories, industry representatives and experts, commenting: “We are fully supportive of the 5 key pledges of the Manifesto and welcome its purpose of uniting the industry in taking a stand against deforestation and land conversion. We have to work collaboratively across the whole supply chain to improve the system and ensure soy farmers and producers are supported throughout this process. The transition to sustainably produced soy is absolutely key this manifesto demonstrates that commitment from across the UK.”

In order to ensure rapid progress towards this goal, all signatories agree to:

1. Setting a robust deforestation- and conversion-free commitment – so no soy arriving in the UK is responsible for habitats being cleared for agriculture after January 2020

2. Asking direct suppliers to adopt the same commitment – and require that of their suppliers as well

3. Writing Manifesto commitments into contracts and supporting suppliers to ensure targets are met

4. Publicly sharing details of their progress

5. Support improved reporting, in order to check that soy coming into the UK is not responsible for deforestation or destruction of other ecosystems.

Signatories include 27 brands, retailers, food service companies and livestock producers operating in the UK, representing nearly 2 million tonnes of soy purchases each year and more than half (nearly 60%) of the UK’s total consumption.

The UK’s consumption of soy – 3.5 million tonnes in 2020 – though small in global terms, is contributing to pressure on biodiverse landscapes such as the Cerrado, the Atlantic Forest, the Gran Chaco and Chiquitania in South America. UK consumption of soy in 2017 led to an estimated 3,081 hectares of deforestation, an area twice the size of the City of London. Soy is one of the main contributors to the UK’s deforestation and conversion footprint today. Most of this soy is used in the form of animal feed.

UK industry has already started to take action to protect forests and other natural ecosystems by improving transparency and information sharing throughout UK soy supply chains and driving increased use of certification to support sustainable soy production in South America. But there is a shared recognition of the need to take more ambitious action, faster and at scale. Mainstream transformation cannot be achieved by companies working on their individual supply chains alone. Businesses all across supply chains, as well as soy producers, must take responsibility and act together.

Signatories of The Manifesto have pledged to look for greater collaboration across the supply chain and have set themselves a number of targets. These include; setting up a deforestation and conversion free commitment, asking direct suppliers to adopt and cascade the commitment as well as integrating them into commercial contractual requirements and compliance. Other targets agreed include publicly disclosing progress as well as encouraging harmonised monitoring, verification and reporting.

To learn more about the UK Soy Manifesto, visit www.uksoymanifesto.uk